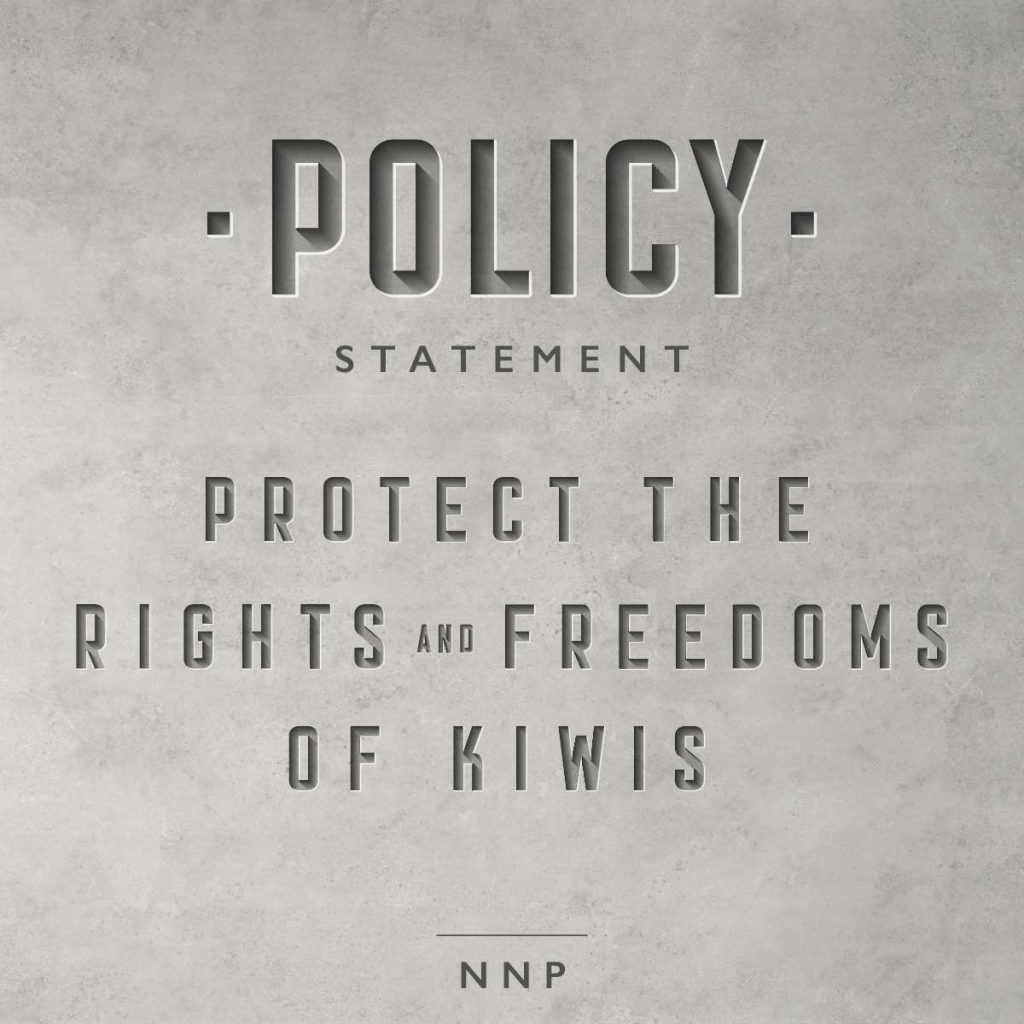 Protect the Rights
and Freedoms of Kiwis

New Nation supports a written constitution to protect the rights and freedoms of all New Zealanders.

The last two years have been extremely hard for all Kiwis. The Labour Government was elected with a clear majority in 2020 and, without the moderating influence of a genuine coalition partner, was given the power to do what it wanted.

It marched ahead with imposing a Covid-19 strategy that was entirely predicated on stopping a virus from entering the country, despite the futility, and preventing anyone from dying from Covid-19, first by making hard-working Kiwis stay home and shutter their businesses and, secondly, forcing them to take a vaccine or lose their jobs.

Thousands of Kiwis overseas were stopped from coming home, locked out for months on end without any indication of when they could return. Many of those Kiwis will now never return home, not as long as Labour is in power. They would prefer to stay where they are in the world.

In March 2020, the vast majority of New Zealanders bought into the stay-at-home strategy. But as our knowledge grew over two years and we learnt more, it’s only natural that we would question the strategy of the Labour Government.

The overriding fundamental stance of Labour has been the same throughout – keep our population living in fear (evidenced by the number of masked people in Wellington walking down the street on a windy day), enforce unnecessary and lengthy lockdowns (it was never going to be “just a few days”), spend billions of taxpayers’ money on stopping people from working, force the population to submit to a vaccination plan or lose their job, spend millions and millions of taxpayers’ dollars on a vaccine, the efficacy of which the jury is still out on, and divide the country into two classes of people – the vaccinated and the unvaccinated. They have not deviated from this action in spite of new information contradicting the validity of their approach.

We state this to make our point.

The freedom to make your own decisions and choose your own destiny can no longer be taken for granted. We acknowledge that in certain extreme circumstances, some liberties may need to be checked. But Jacinda Ardern’s Labour Government went beyond what is acceptable to hundreds of thousands of hard-working New Zealanders.

New Nation will implement a checks and balances system that will protect the rights and freedoms of all New Zealanders.

In the first three months of office, New Nation will embark on a national discussion on the contents of a written constitution to protect those rights. A team of the finest legal minds in the country (and from overseas) will develop a written constitution unique to our country that gives effect to the results of that national conversation. The written constitution will be supreme law and, among other things, give the courts the ability to strike down legislation that breaches New Zealanders’ fundamental rights and freedoms, such as the right to return to our own country at any time, regardless of any national emergency.

PROTECT OUR RIGHTS AND FREEDOMS